It’s a special day. Today, we celebrate the wonderfulness that is TWIN LIFE! Having twins (esp. as my first children) has been the hardest, and yet, most incredible experience. I never would have seen myself as a mom of twins, but I also know that I would never change it for anything. Twins are seriously THE best.

Having twins was a complete and total shock. In fact, I was stockpiling girls clothes because I just ~felt~ like we were having a girl. Then, at 17 weeks (halfway through my pregnancy, as it turned out), I was measuring several weeks ahead at my doctor’s appointment. Measuring big, I thought? Uh-oh.

“Is there any chance it could be twins?” My husband asked.

“Not likely.” My doctor said.

So, naturally, my brain went into total FREAKOUT mode, googling all of the possible problems I must have to be measuring big. I even went to the gym that night, struggling through a run because I was worried I was gaining too much weight too fast. 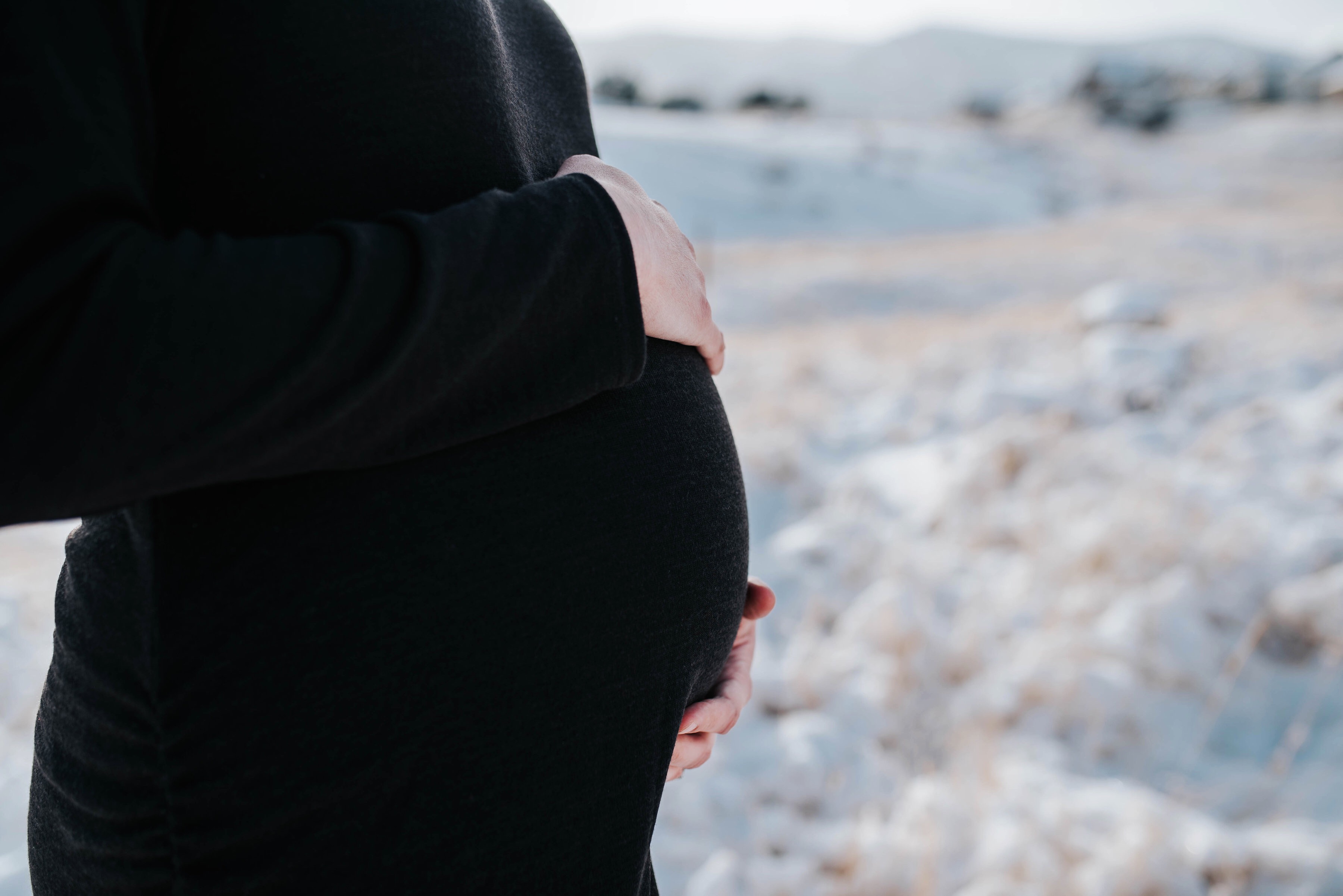 The next day, we had an ultrasound to check for complications, and to be honest, I was expecting the worst. So, when I heard the ultrasound tech say:

I felt relief. Then COMPLETE AND UTTER SHOCK. TWINS??? I wasn’t even sure I could birth one baby without dying! Now, two! While my husband paced the room, muttering “oh my gosh” over and over again, I froze. Now I have to buy two of everything. Now I’ll never know what it’s like to have just one kid. I’m going to be HUGE. I left that office that day floating on air, carrying a lengthy printout of ultrasound photos with me. Was this real life?

It wasn’t long before I felt two sets of hands and two sets of feet fighting for space in my belly, crowding each other out and moving (and kicking violently) all hours of the night.

Then, in the (very) early hours of Sunday, February 12th, I awoke with horrible stomach pains. Unbearable pains. We went to the hospital, where uncontrollable high blood pressure left me diagnosed with preeclampsia. Expect to stay in the hospital until you have your babies, they said. SIX WEEKS? How will I survive six weeks in the hospital?

The next day, after a shower, they brought me down for an ultrasound. There, I learned that Twin A (Nate) was measuring signficantly smaller than Toby, meaning he was no longer getting the necessary nutrition. That, coupled with the preeclampsia, meant that immediate delivery was necessary. At 34 weeks, I had my twins via c-section.

The surgery was traumatic for me (“Tell them I WILL NOT sign the consent papers!” I told my husband multiple times), and a postpartum hemorrhage meant that my recovery was painful and lengthy. I only heard my boys’ cries (as they were pulled out from their butts) as they were immediately whisked away from me to be cared for, my husband in tow. I was alone.

Then, I remember one of my best friends, a nurse at the hospital, came to visit me in my delirious state, and fed me ice chips. For several agonizing hours, I couldn’t see my boys.

When I could, I was thrust into the world of NICU parenting. It was terrifying. It was completely new. All the sounds, the beeping, the lights, the tubes — it made me realize how much my boys would have to go through before they come home with me. They still had to learn basic things — eating and breathing on their own — before they were allowed to leave the hospital. 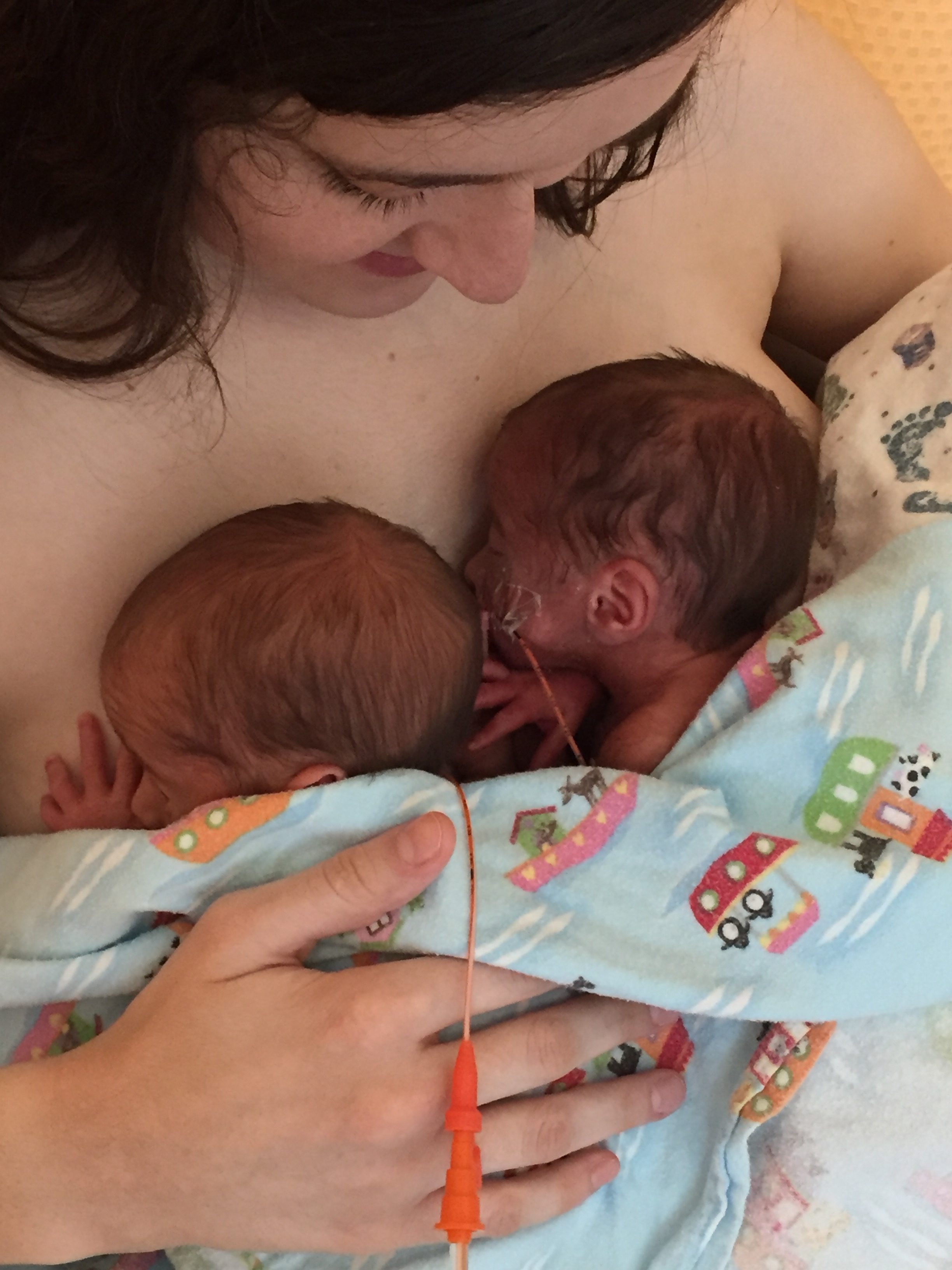 It was an intensely difficult five weeks. Once I was discharged from the hospital, I felt lost at home, leaving the hospital each day after visits and feedings so heartbroken to be leaving my boys there. For many weeks, it felt like the boys took one step forward, and two steps back. They struggled to nurse, and stay off the breathing machines. 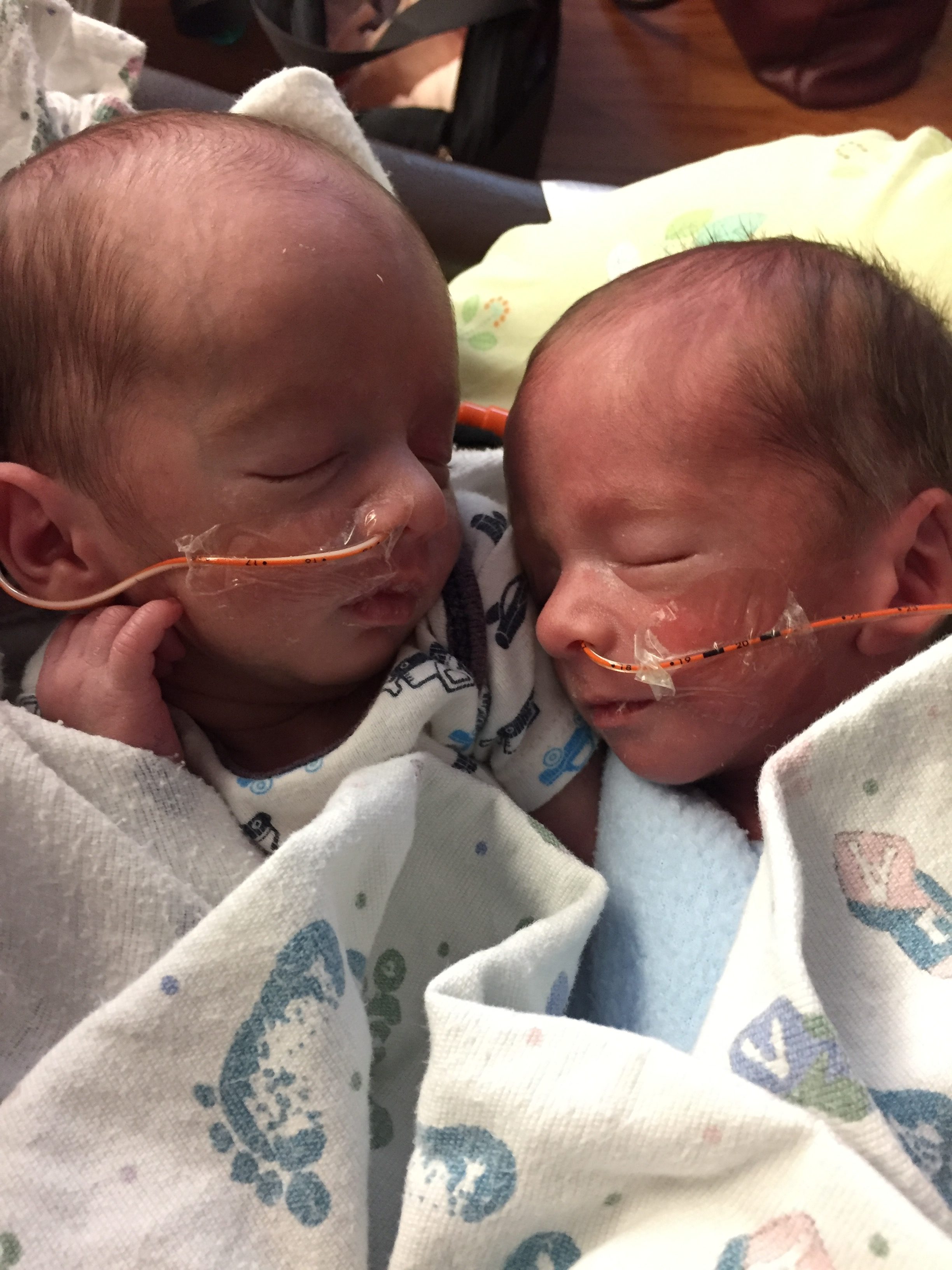 But even amidst the difficulties, there were so many miracles. We met incredible nurses who cared for the boys with love that mirrored the love they had for their own children. We created wonderful relationships. We learned and grew with the boys. When we finally left the hospital, we were scared of new challenges ahead, but so happy to finally be together as a family. 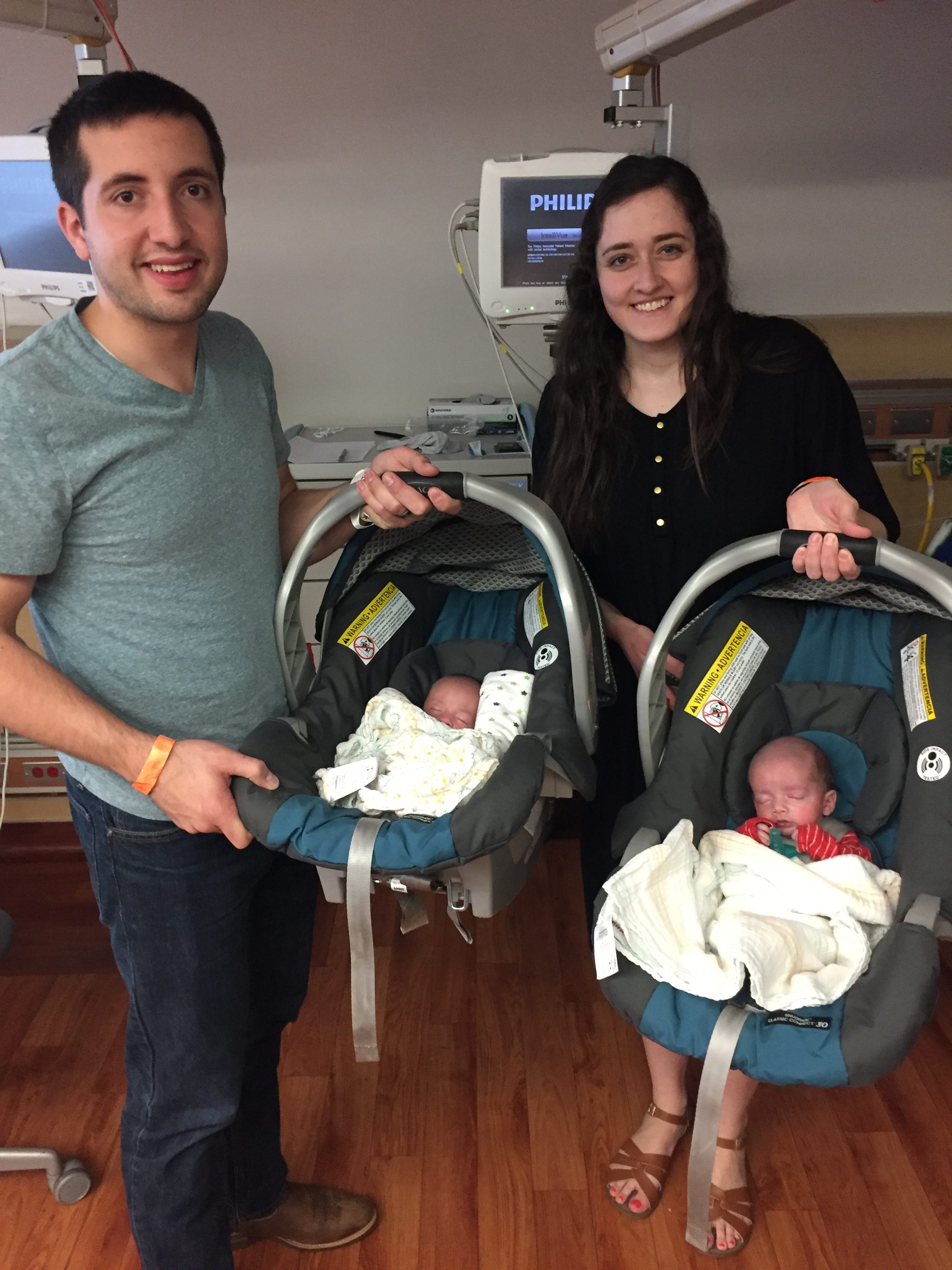 The first year with twins was hard. “It’ll be a blur!” everyone told me. And in many ways, it has been. For several months, my husband and I would sleep in shifts (he was still in school and taking exams — ha!). I would take evening to 3 a.m., laying on the couch and watching Psych until it was my turn to sleep. I would knock on our bedroom door, trade out my with husband, and slide in the warm indent he left in the bed. Then, in the pitch black, I could sleep for a few, uninterrupted hours. 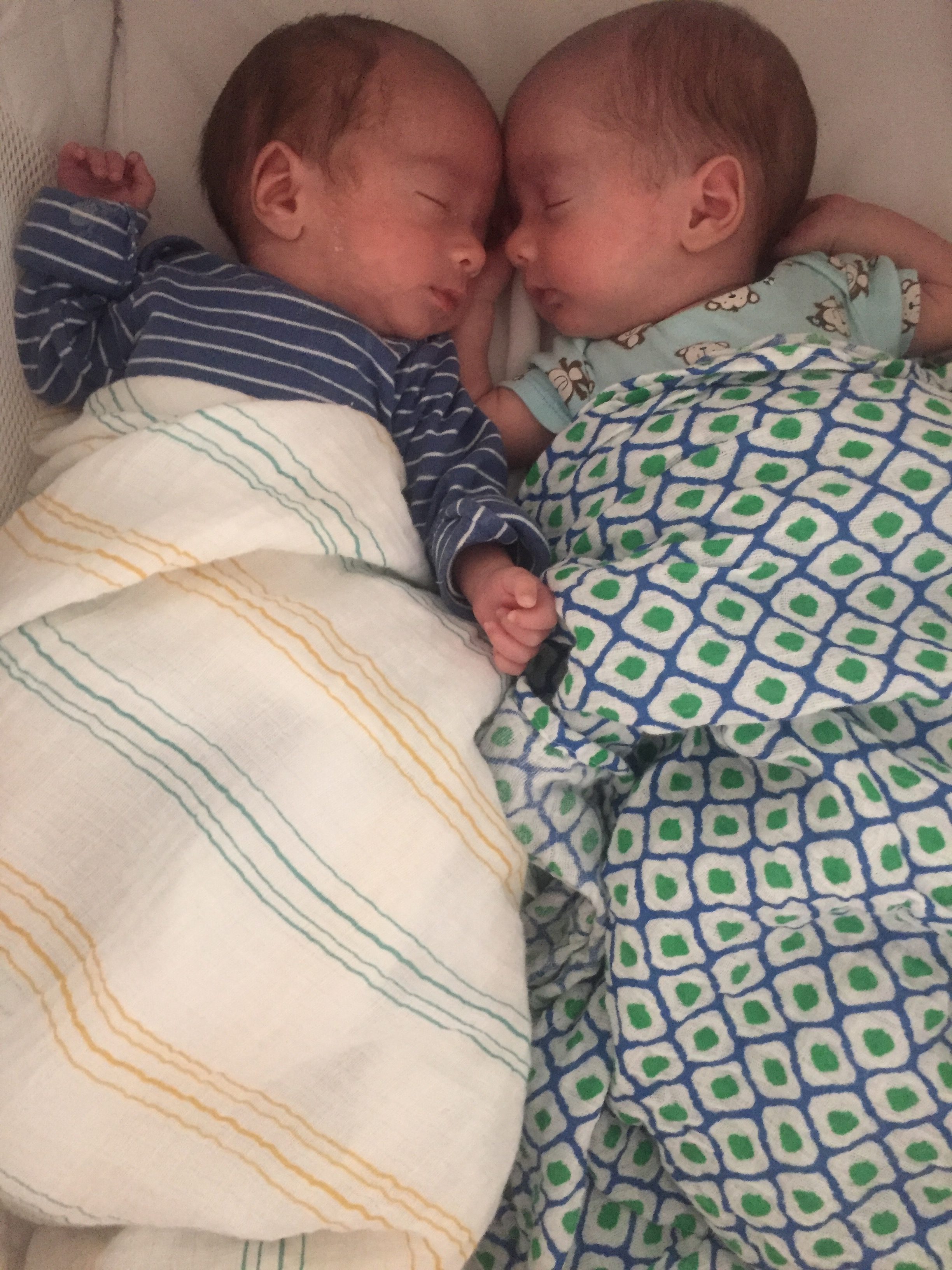 Then, when the boys were four months old, we moved to Austin.  It’s been here that our boys have learned to crawl, eat, walk, and (start to) talk. They finally slept through the night, we finally finished formula, and they had their first Christmas.

Now, at 18 months, I can look back at our experiences with gratitude and lots of laughter. We have come so far (all four of us) and learned so much. While our boys now get into DAILY mischief, they are developing their amazing personalities and becoming their own little humans. They love to play and interact together, and are always laughing and making noise. They really are best buddies. And we love them so.

And while the world was definitely not made for people with twins (never again will we sit together as a family on the airplane), we were definitely made for twin life. Hellllloooo, double wide stroller and two of everything. 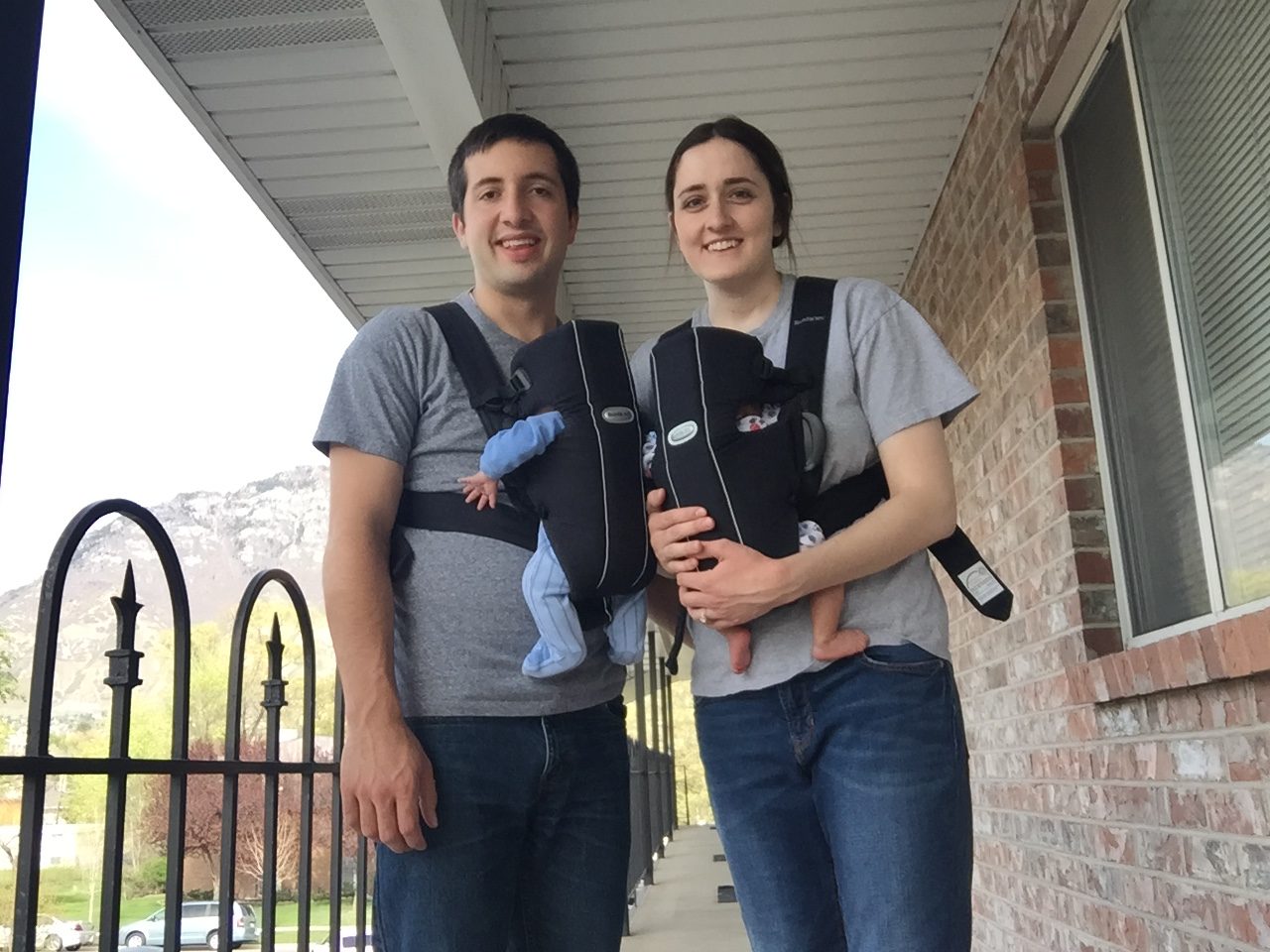 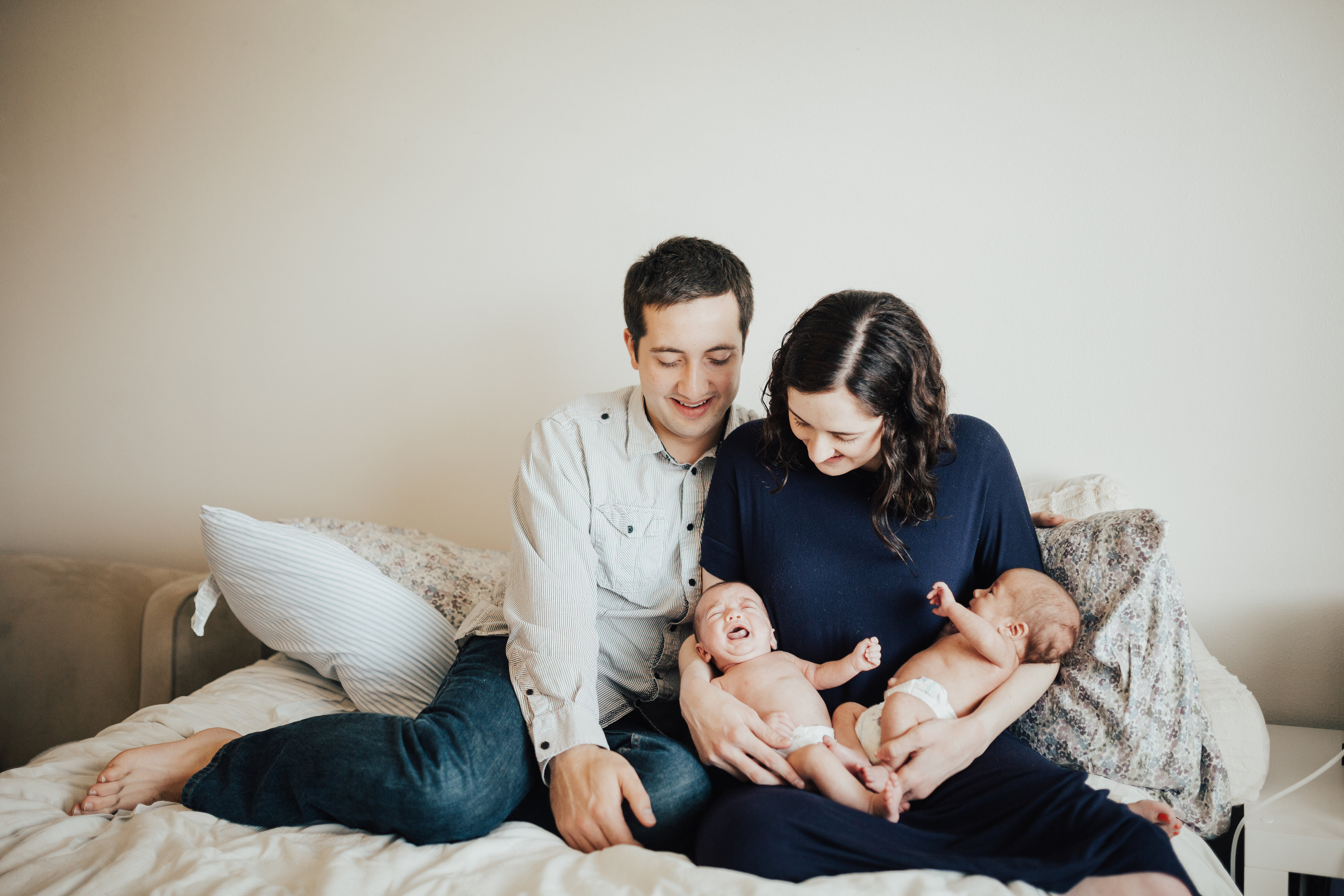 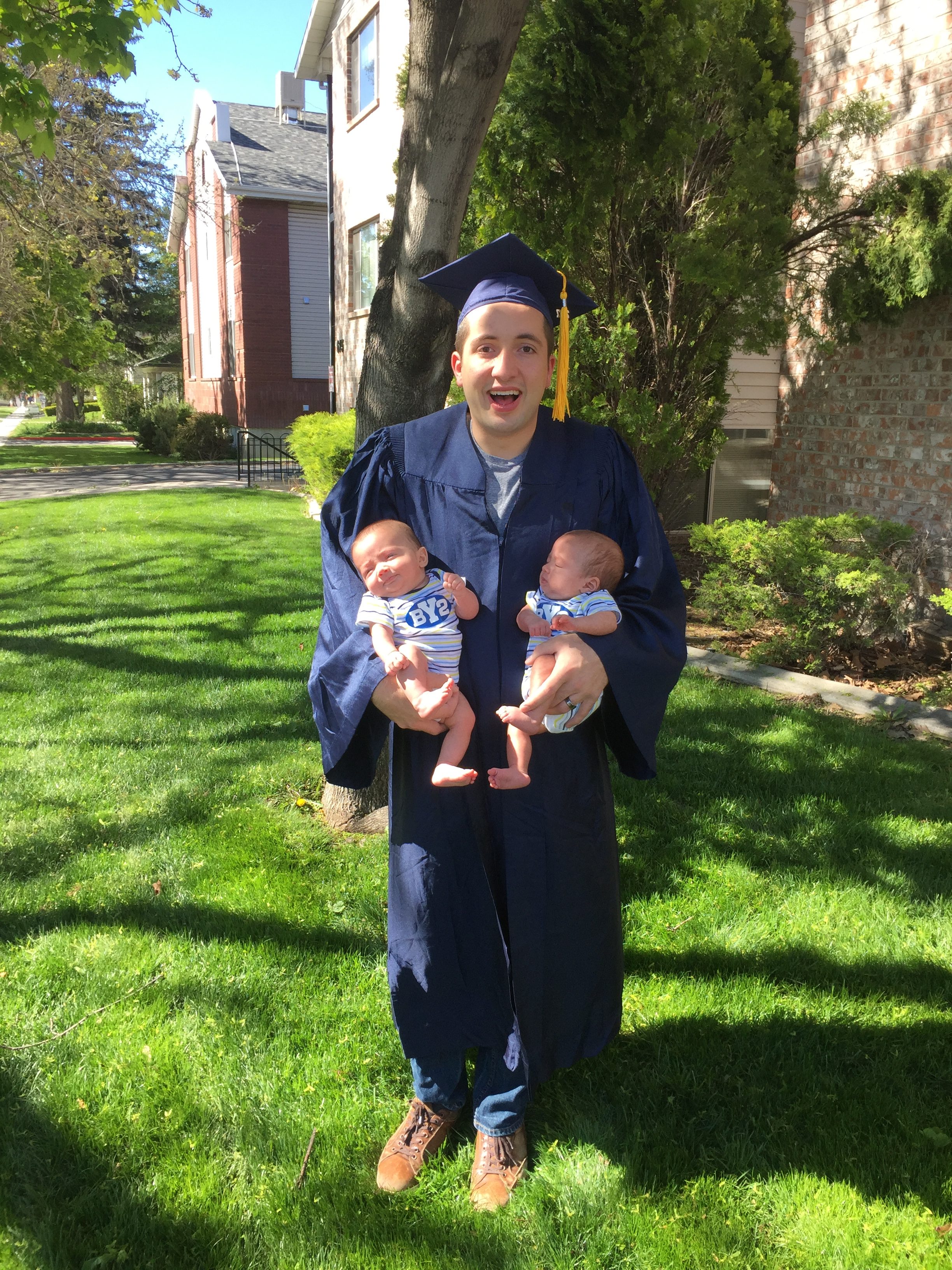 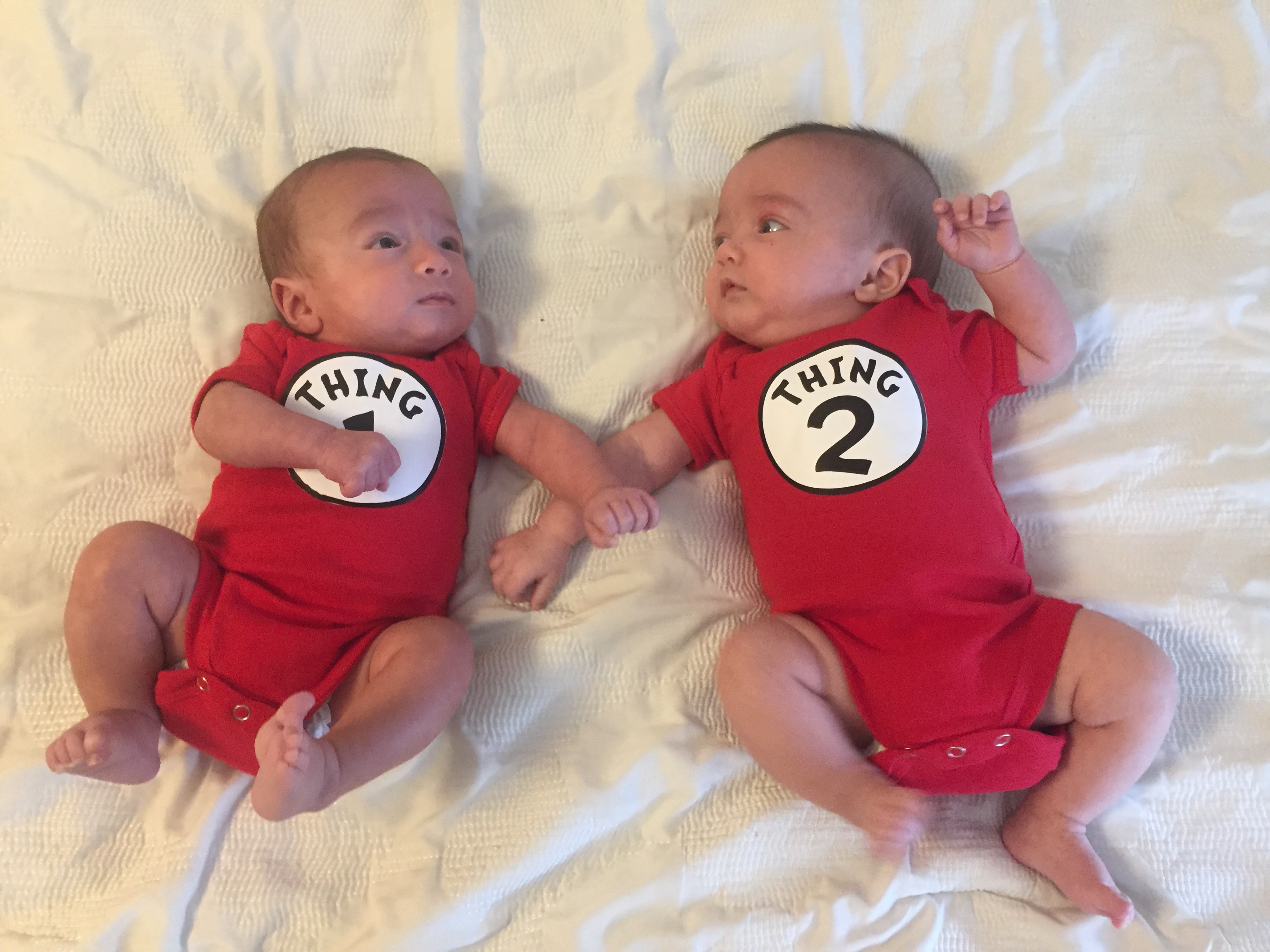 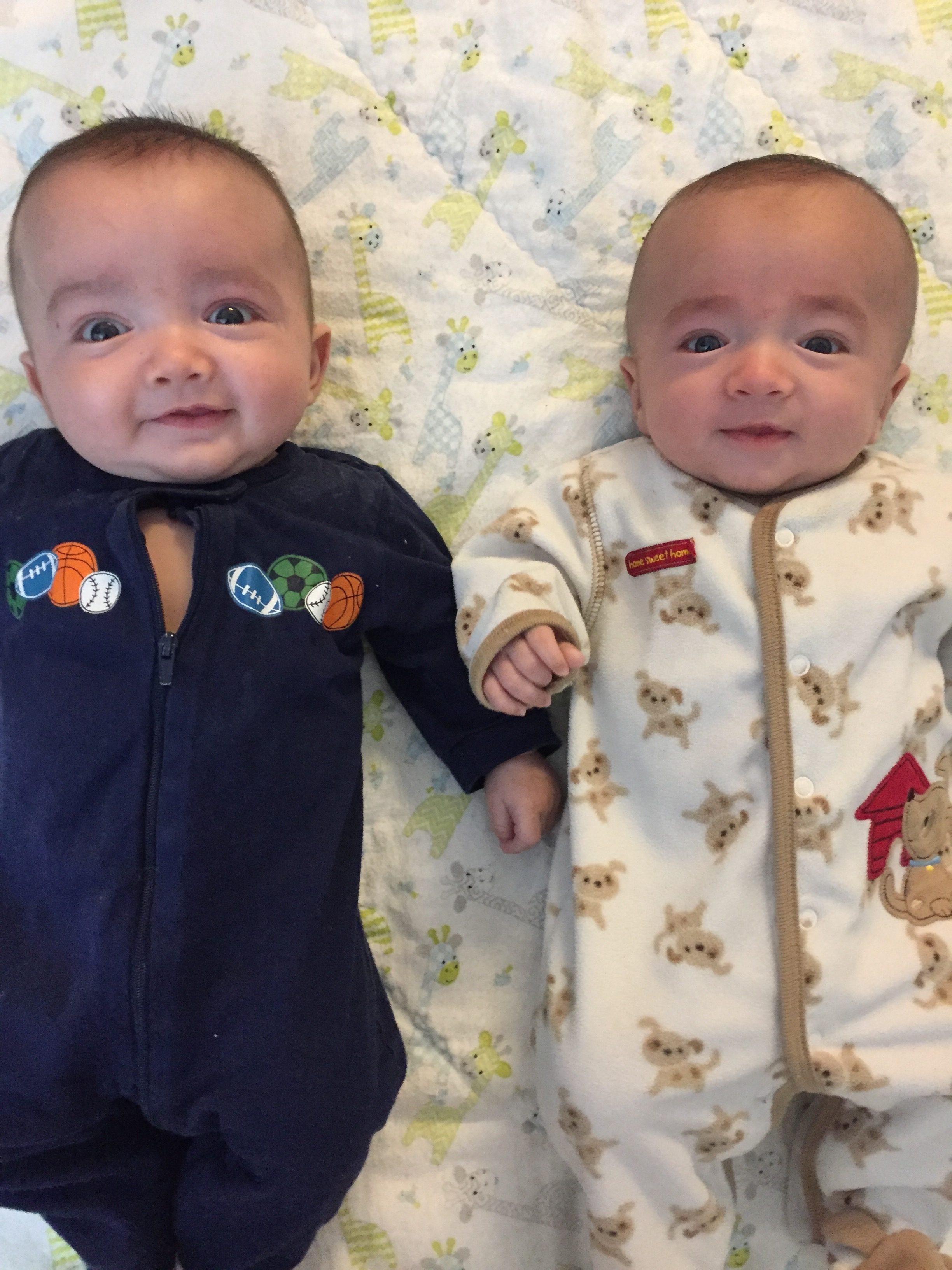 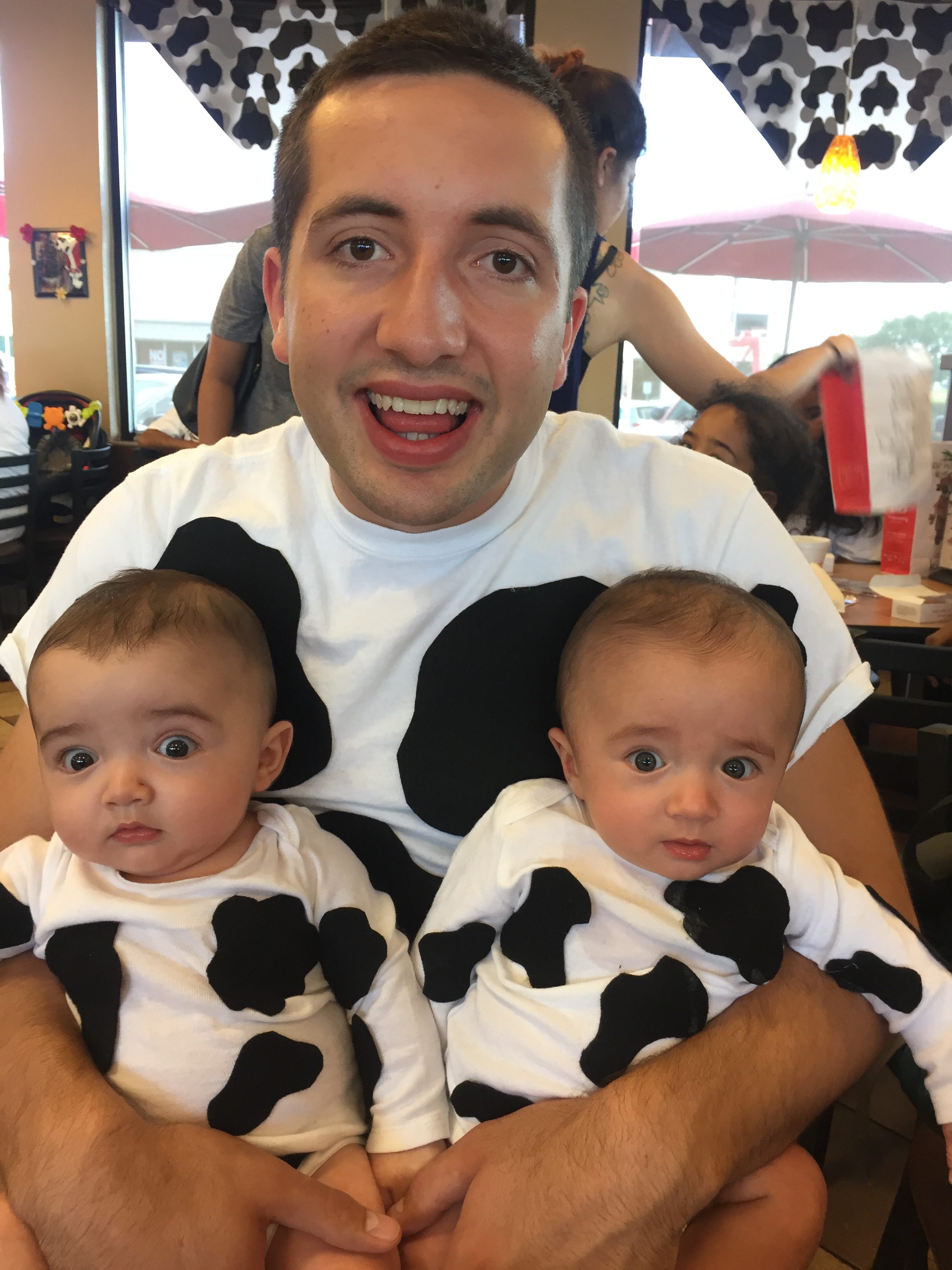 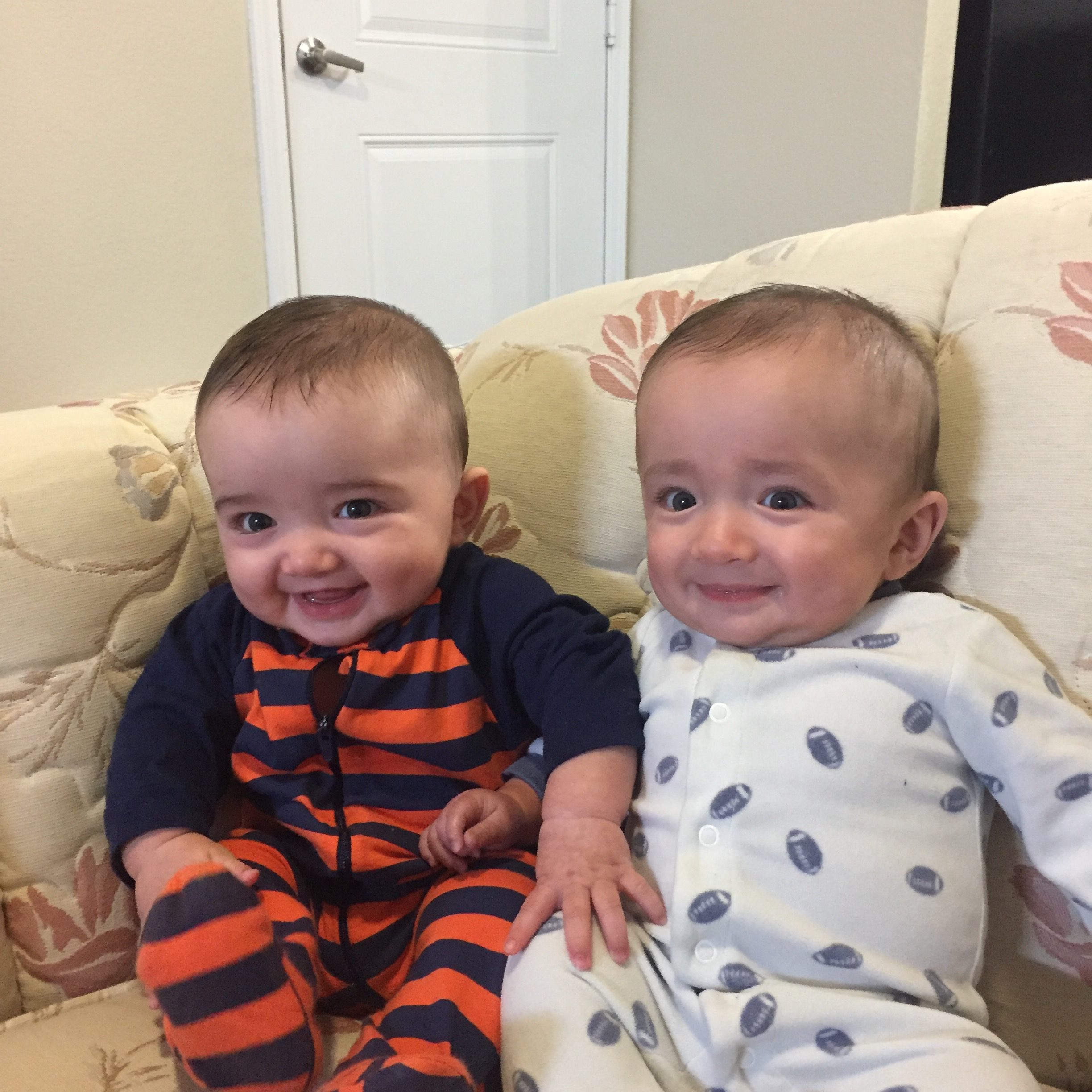 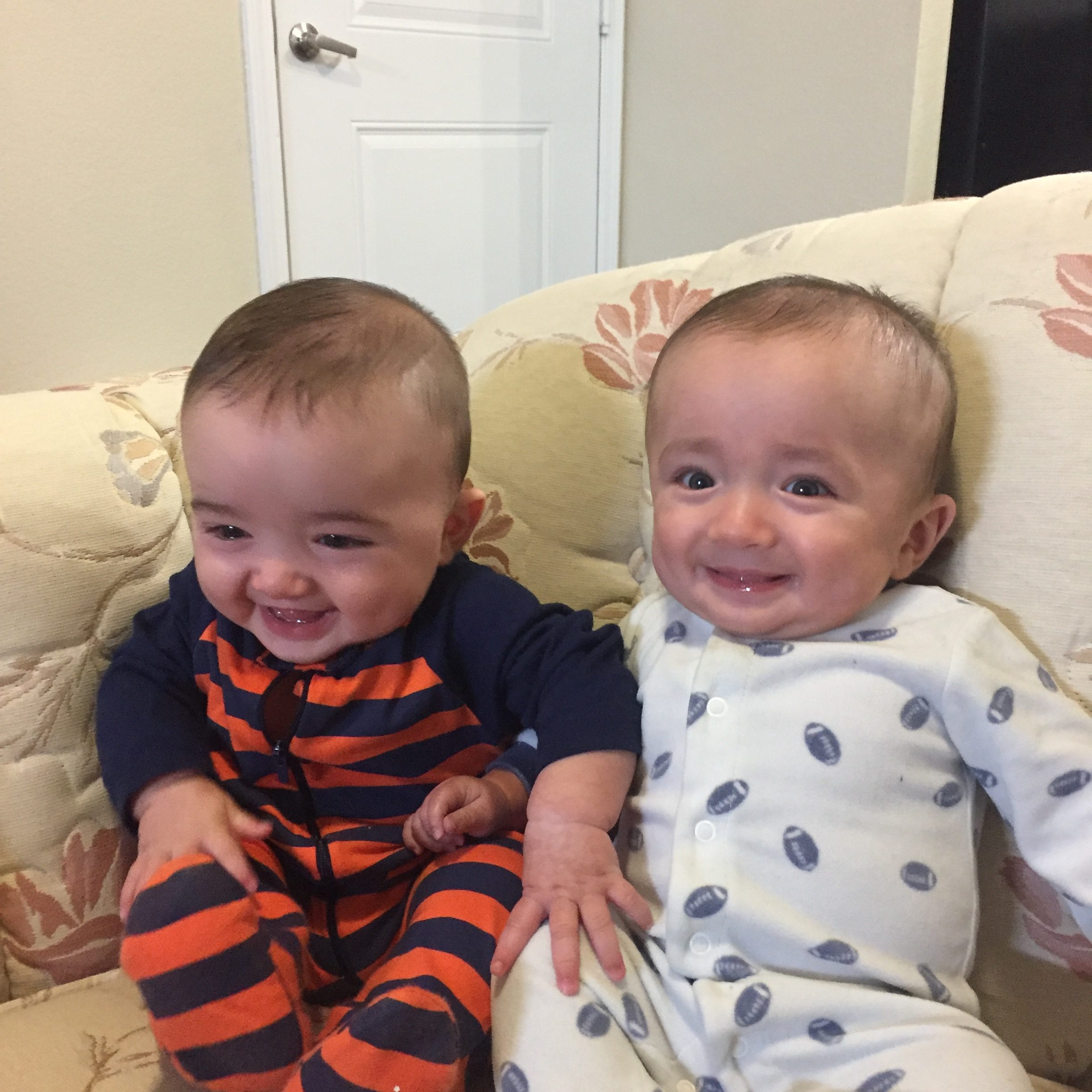 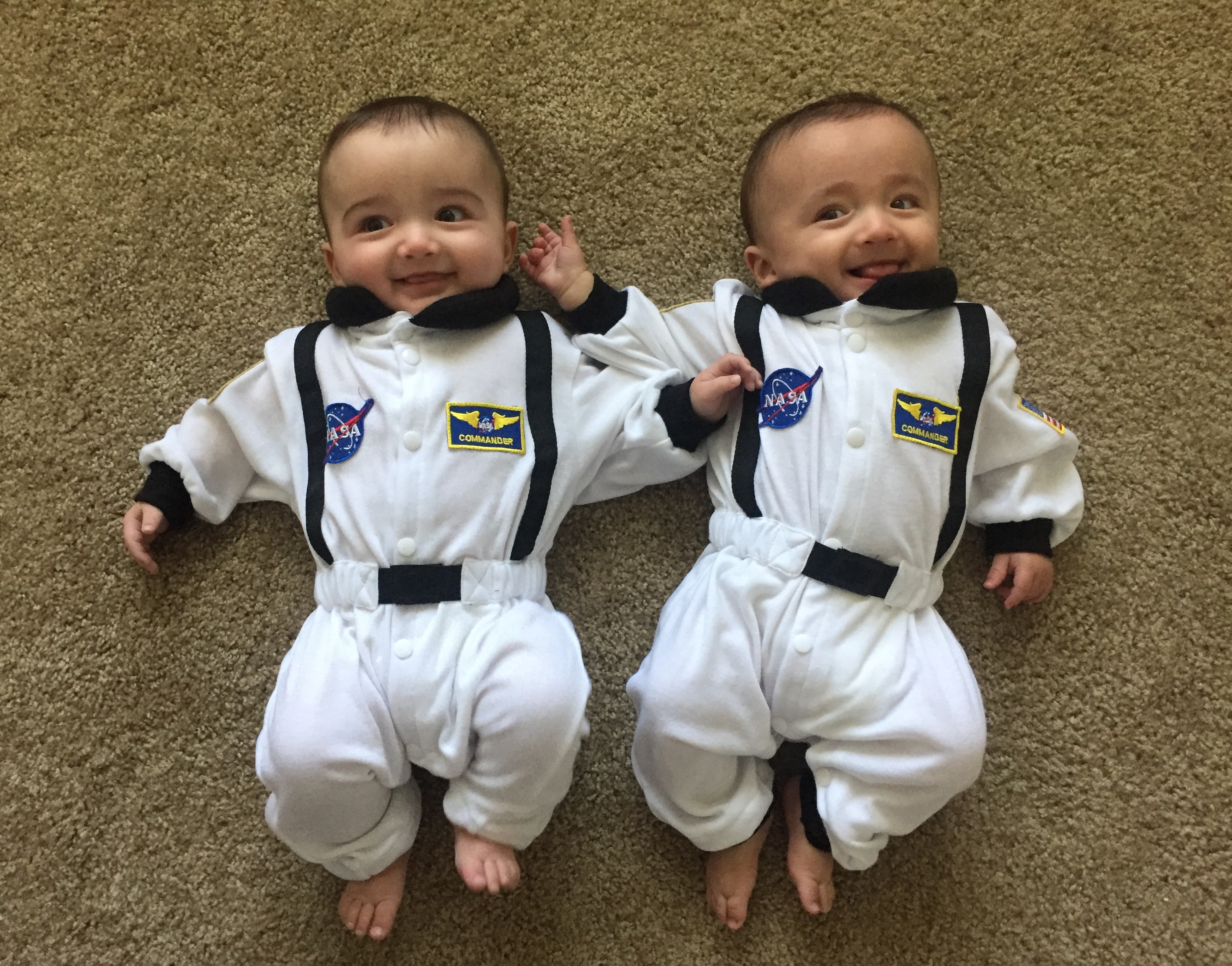 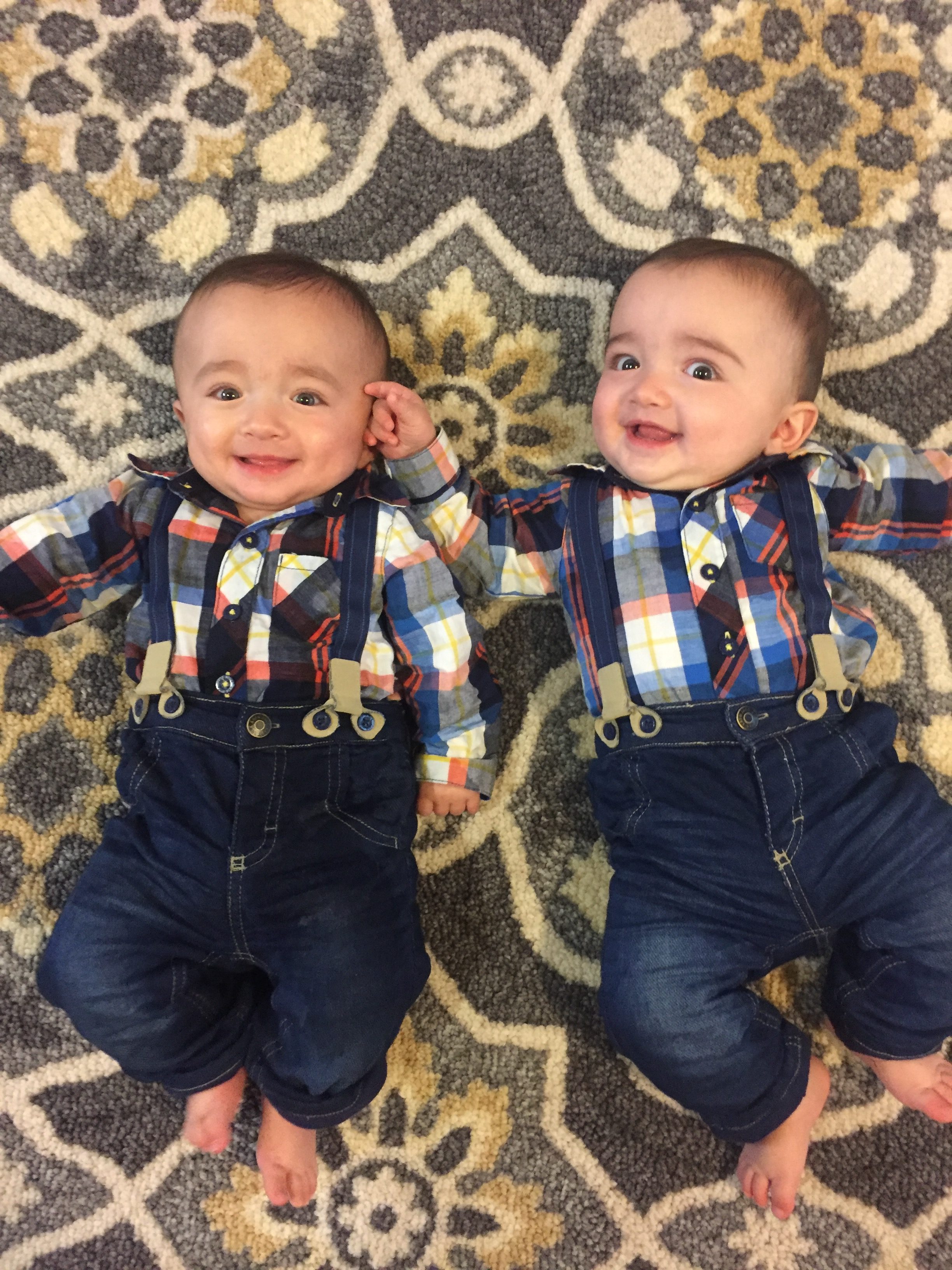 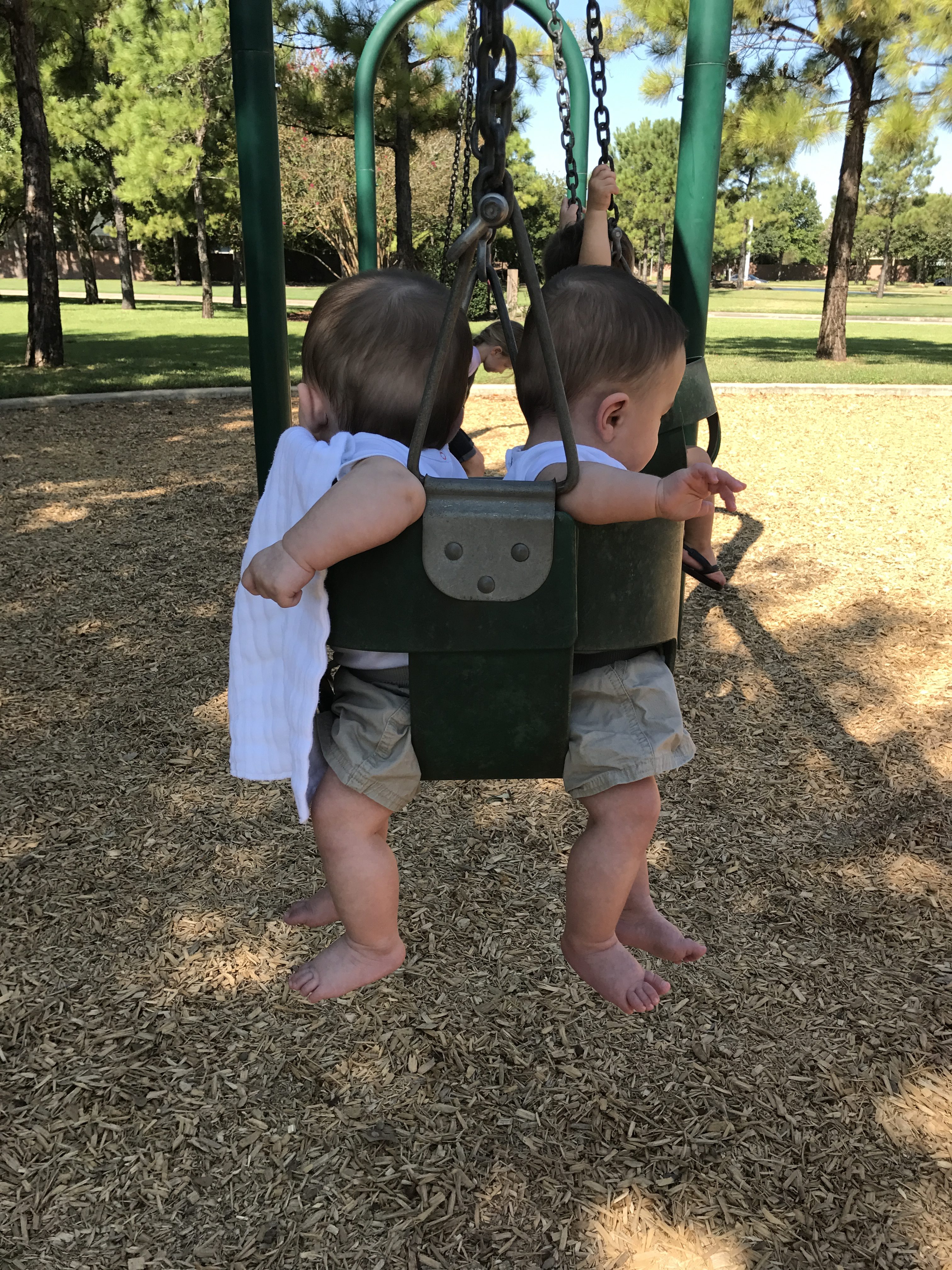 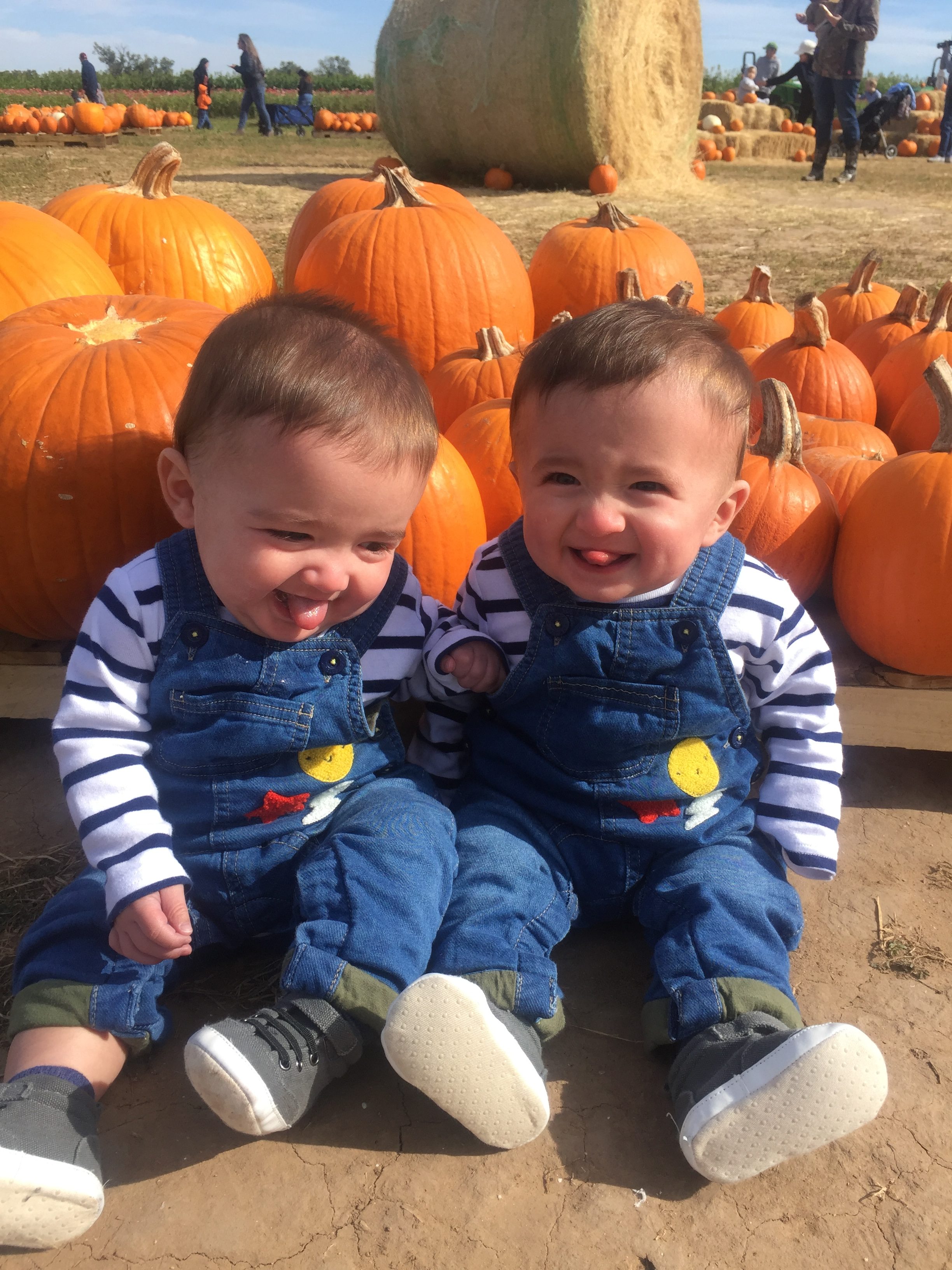 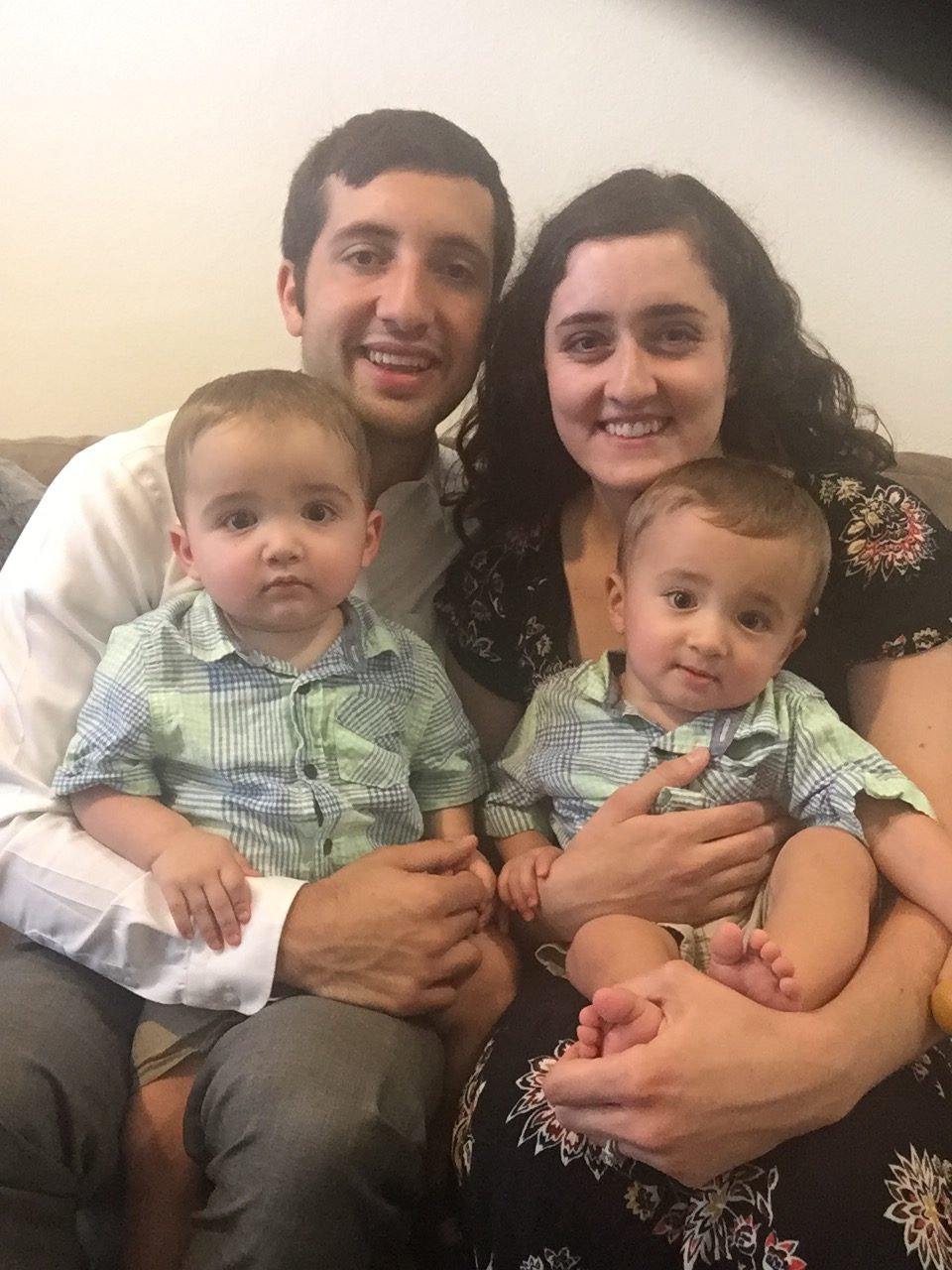 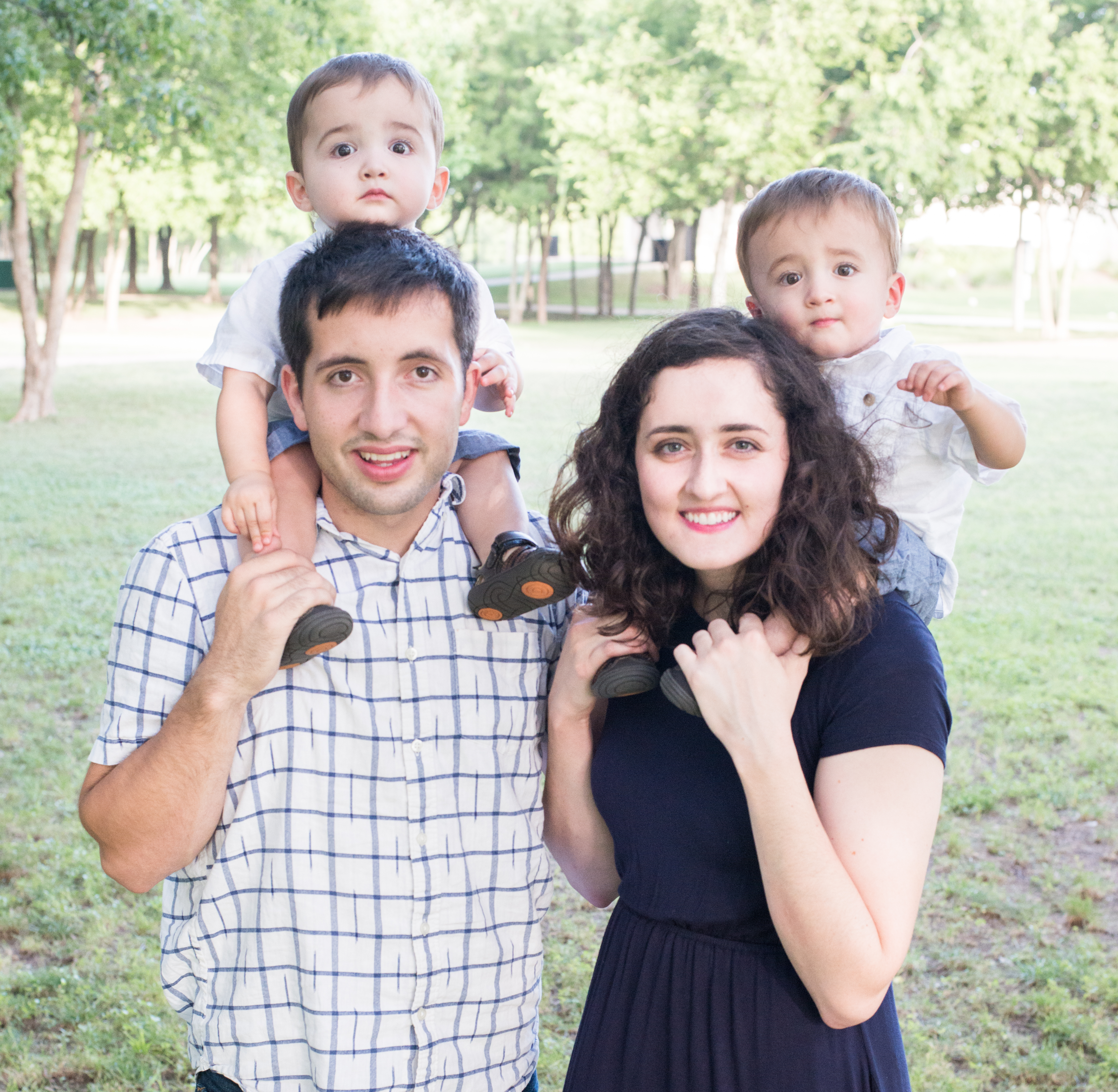 Sure, there are PLENTY of hard things about twin life I could share (soooooo many diapers, not enough hands, double-team trouble, etc.) but there really are so many miracles. Their relationship (the cryptophasia alone is incredible!), their growth, how we as parents have learned to adapt. It’s truly amazing.

And with that, I say: Happy #NationalTwinDay!

P.S. LOL remember when our birth announcement was hilariously inaccurate? If we had only known. 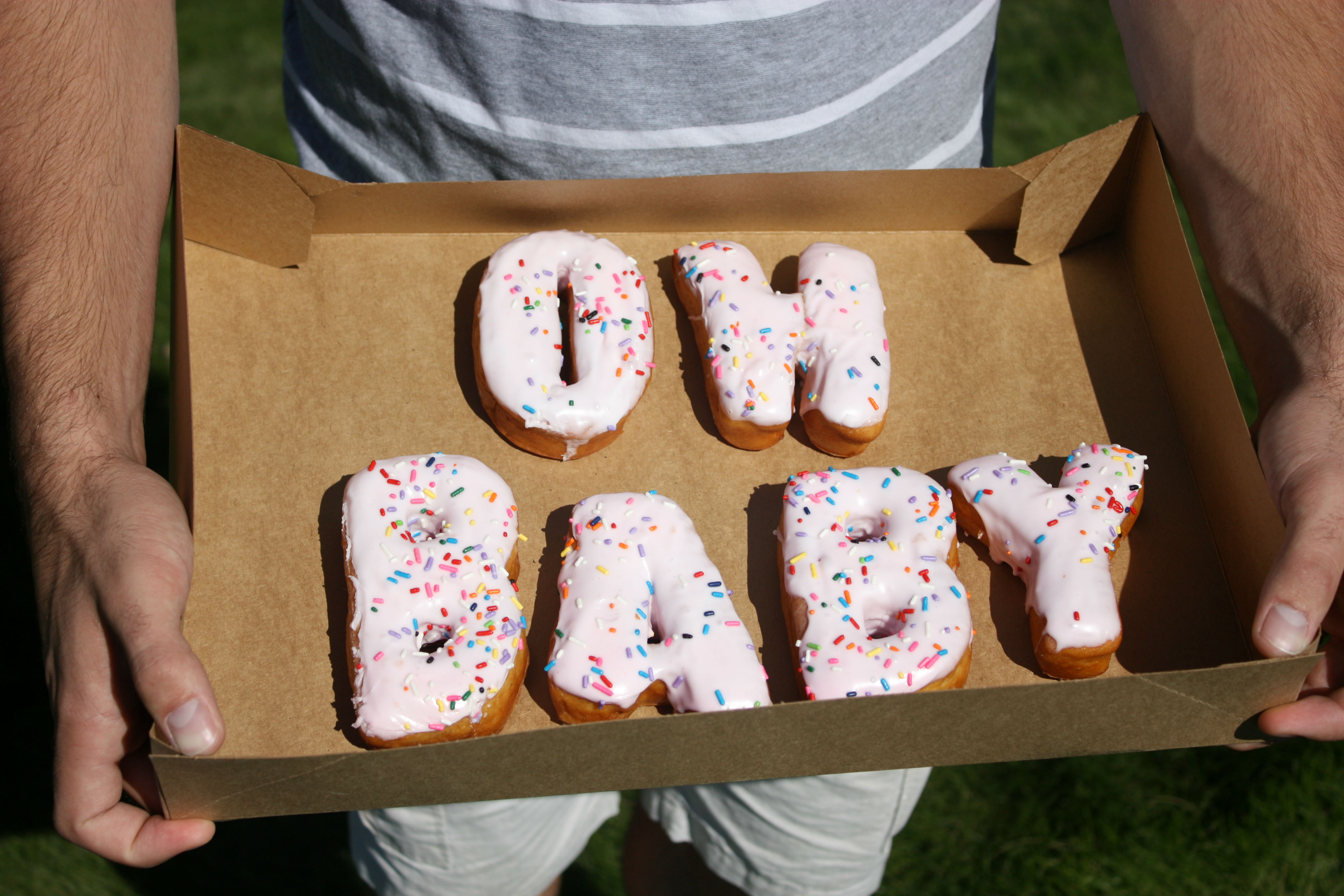 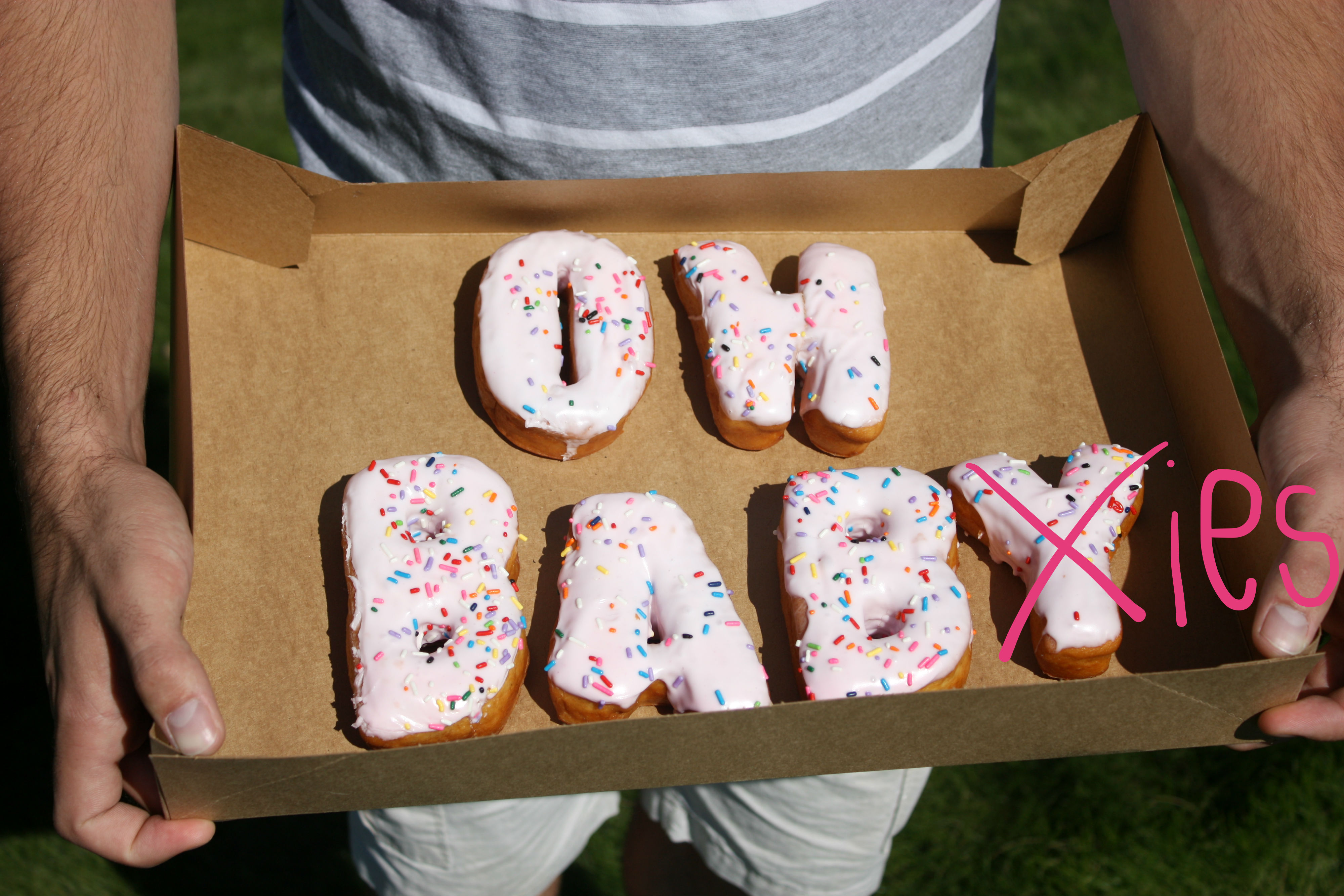 Got Writer’s Block? Combat it With These 4 Strategies

Why Self-Confidence (Really) Matters in 2020